What constitutes effort? Effort can have negative connotations with today’s youth. The word effort is often used as a one word phrase ‘uh EFFORT!’  meaning ‘can’t be bothered’ or CBA(TBH!) Effort; hard work, commitment despite the level of difficulty, keeping going, putting in the hours… We know effort is what allows our students to make the most progress, no matter their starting point, but there is a trap. We all know really hard working students who always try hard, attempt to do their best, but still don’t make the significant progress their significant effort should reflect.

At my school, we have adopted a new aspirational set of effort grades, championed by Huntington School. When I read @Johntomsett’s blog about how his school were immersing themselves in a growth mindset orientated approach to everything they did at the school, I was equally inspired and determined to impress upon my school how important the changes they were making are. If we are going to take a growth mindset approach to developing our school, the definition of effort was a vital cog in the machine which needed to be addressed.

Sharing John’s effort descriptors with staff, some staff got it straight away. They knew the expectations for students had to change, or at least needed greater clarity. Effort had to mean something more than a number, more than getting by, staying quiet, getting on with it and expecting to get a ‘good’ on the next report. The criteria had to provide a aspirational benchmark for our students to thrive on. Some staff exclaimed that the criteria was too demanding, too unfair on students who struggle. It was for a school who had ‘this type’ of student and that for us, it was a step too far. This shocked me at the time. It demonstrated that some staff held a view that we were a ‘particular type of school’, perhaps one where expectations had to be regulated due to our intake. It was a really useful and healthy discussion, but also demonstrated that we have a long way to go before all of our staff really buy into a growth mindset, that any student is capable of making significant progress with significant effort.

Weeks later, we pretty much adopted Huntington’s approach word for word, with a few changes. Students received their first effort grades in their next interim reports. Those who did well, were so pleased that their effort was recognised, those who didn’t, questioned why; we had a few parental queries as to why we we’re changing to be so much more demanding of our students. The question answers itself doesn’t it? Anyone who got ‘insufficient’ or poor effort was expected to have a conversation with their teacher as to why and what to do about it.

We now have 5 interim reports a year which, (amongst other things) comment on effort. Every student who gets all goods and excellent for effort is recognised on our ‘Wall of Honour’; a rolling slide show with all those students who have worked hard are recognised. It’s a lovely thing to see students waiting around to see if they are on the list, with whoops and hollers if they are. For the most improved students and highest mean effort scores in each year, are also recognised with a certificate and letter home. We also have some rather cool (well I did make them) effort plaques which are written on and wiped off with every new interim, and now, due to the deputy head mentioning it wasn’t fair that some just missed out on this accolade, all those students who are topping the effort and most improved effort grades have a plaque in a main corridor. 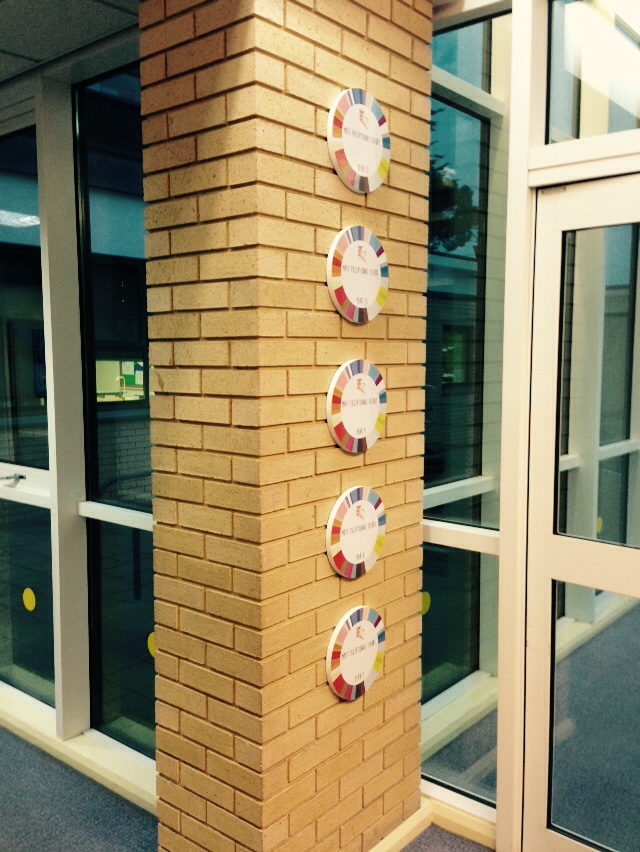 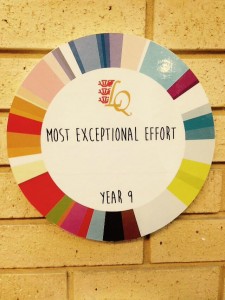 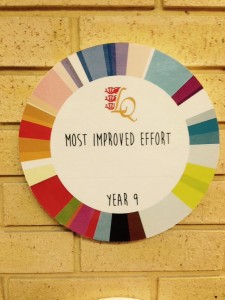 Assemblies are regularly taking place to talk about the importance of effort and year group assemblies are now being organised so that we can celebrate the effort grades. Every child who makes significant improvement or is getting all ‘goods’ and ‘excellents’ is mentioned by name. That simple recognition is so important. Those who are working hard should never be just a statistic.

Sounds great? There are still many holes to plug..

I have recently been seconded to a Year 10 form group. I asked them about their recent effort grades. Many of them still hadn’t looked the criteria, discussed their interims with their parents. It was clear that many of these students had no ownership of their own data. I thought about this. Students, now at the serious end of their schooling, not referring to what good effort looks like? Did they realise that this aspirational set of criteria is exactly what will give them the grades that they are aiming for? Did they realise that this criteria is just what employers want to see in their young new recruits?

I analysed the data for this form group and decided to dig deep to see who in the form needed to raise their game, where and how and who had been doing wonderfully well and see the effect it has had on their progress at school. I spoke to the three who had the lowest scores. After speaking to their teachers, it was clear that one of them needed greater resilience- they all mentioned that he would give up far too easily if he was given a task that he though was too difficult. One student needed to use his time better, get straight to it rather than getting into the task half way through the lesson and the other, his teachers recognised that he could be doing far more, that he was coasting.

I relayed this to the three students and key bits of information to the whole class. They were truly interested. On the whiteboard, I put up the whole classes effort grades for the year so far, who has made improvements, who has been consistent. I’ve never been over excited by data, but this was clearly not the case for this group of students. They ALL wanted to know what they would need to do to become better, what was it that would make the difference to their effort and resultant achievements.

I started to think about the feedback I received from staff; needs to be more resilient, use time better, and the classic, needs to work harder! Hmmm. But what does this actually mean? How can that student learn to become more resilient? What support does he need to be more resilient? What strategies does he need to employ specifically for Maths, History or Art? It is clear that the journey to ensuring that effort is truly going to impact our students achievements, we are still only on the first few steps and that we need as a staff and as a learners to know what self-efficacy truly looks like in our subject for that unit of work, in that lesson, with that student….

I have devised some effort booklets for students to take far more ownership of the effort grade process, but finding the time to implement this has been tricky so far, with so many new expectations and initiatives being given to our staff at this time.

The students are up for it though (quelle surprise) that was clearly evident from the fervent discussions with students in that Year 10 form group. Interims are clearly just a formal way of feeding back to students. And we all know that feedback is useless unless it makes the students think and make the improvements to get better. So we must build in time to discuss and reflect on effort as a whole and in individual lessons. What does excellent effort look like as a mathematician, as an athlete, chef, designer, historian? There will of course be common traits to all, but our role as teachers is to give students the strategies and skills to make effort make a difference.

There is some brilliant work currently being done in schools up and down the country on the importance of effort. I am always learning and stealing from others so below are some of the resources I have made (work in progress) which you could adapt to work with your form. Let me know if you think they are useful or need tweaking. Any feedback is always appreciated and acted upon!

1) How can we develop a common and subject specific language of effort for staff to feedback effectively to students?

2) How can we continue to ensure every student knows the difference effort can make beyond assemblies etc?

3) Where excellent effort does not reflect excellent progress, what strategies and structures should we put in place to ensure effort does make all the difference?

5) If I spoke to a wide range of students in my school after one year of our new effort grade structure, would there be a common understanding and respect for their purpose?

6) If I looked at mean effort grades for students year on year, would their progress clearly reflect their effort?

n.b. I know that progress aint learning. But you get my drift…